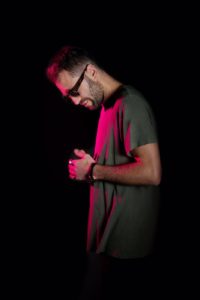 Marco Carpentieri is a dj/producer and musician since when he was a child.
He has been a producer at top level and he has hit the Italian club scene for many years selling out his events every time he plays.
Among his most striking performances those made at Hollywood, The Club, Eleven, Amnesia and Toqueville in Milan, Gilda, Spazio 900 and Art Cafè in Rome, Sottovento and VIP ROOM in Porto Cervo, Zapata in Stuttgart , Rose Bar and The Beach Club in Cancun and exclusive parties such as the closing of 66th Venice International Film Festival, LeSilla in Milan for the fashion week, Bulgari in St. Moritz.
Marco Carpentieri played in the following international festivals, Heaven Outdoor in Holland,Gamf in Sardinia, EDC electric daisy carnival 2018, ULTRA MUSIC FESTIVAL Mexico 2018.
The artistic career of Marco Carpentieri is focused on music production.
He is one of the few dj producer to be a musician as well. His release have been successful both in Italy and abroad.
Among his best known works are Gotta Say, Space Disco, Whistle, Smash, This is Love, Yuma, Scatman Remix, Losing my mind, (all published by famous labels such as Ultra Records, Dirty Dutch, Pinkstar, Eclypse Records, DoItYourself, Sosumi, Guru, Mas Label, Ego).
All the above have been supported by international dj’s like Blasterjaxx, Max Vangeli, Moguai, Thomas Gold, Tiesto, Chuckie, EDX, Fedde le Grand, David Guetta, Feenixpawl, Kryder, Benny Benassi, Bob Sinclar , Sam Feldt and have received appreciations from radios and clubs, itunes charts and Beatport.
In his career, Marco lists experiences in important Italian radio networks such as M2o, Radio Kiss Kiss and Radio105.
His style, tireless energy and his crave for new forms or music made huge crowds dancing in a multitude of international clubs in Polland , Switzerland, Finland, Germany , France, Holland, Monte Carlo and Mexico.